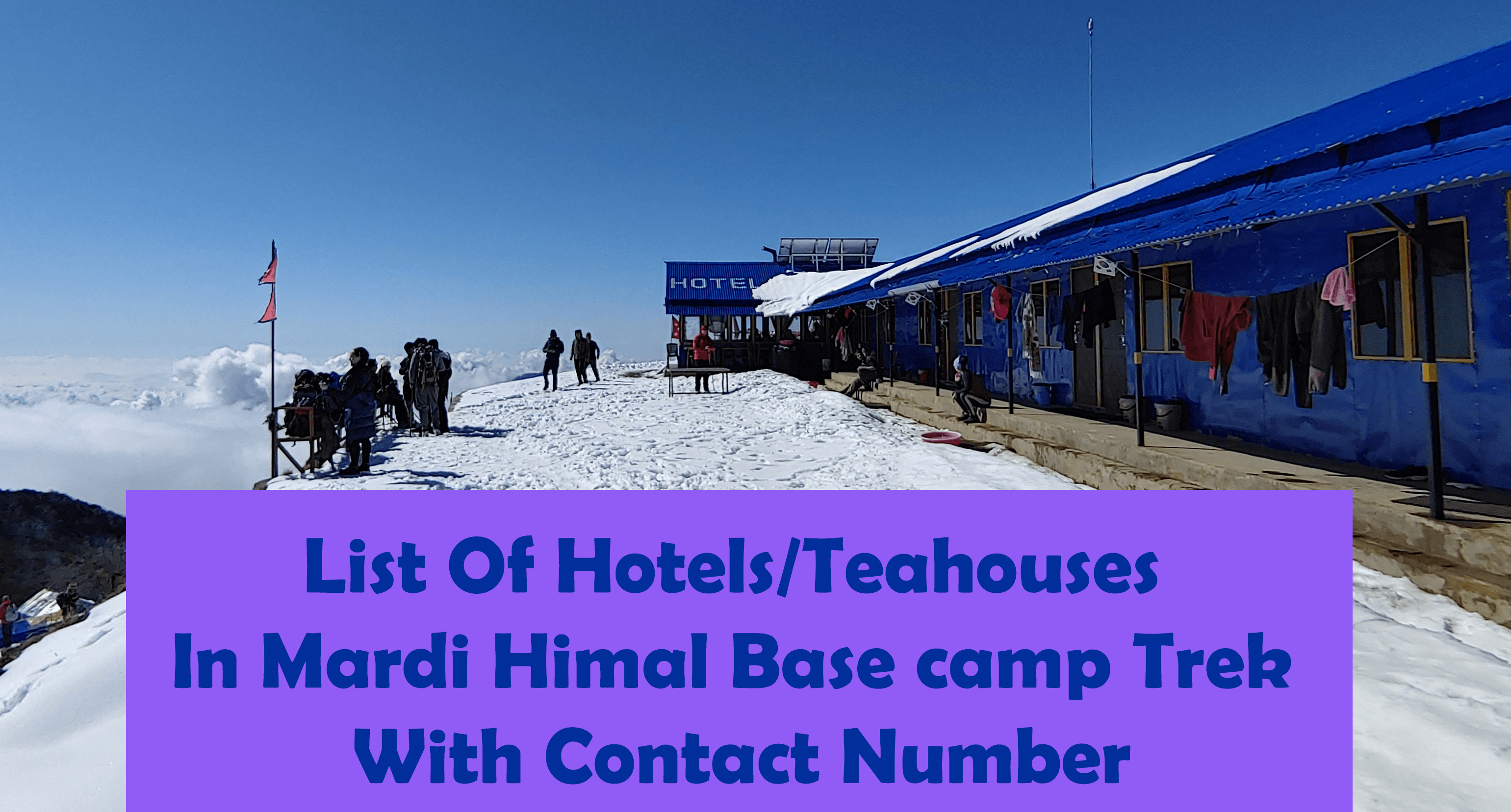 List of Hotel in Mardi Himal Base Camp Trek

Are you looking for a hotel on the Mardi Himal Trek route? If so, here you will get mostly teahouses/guesthouses/hotels that exist on Mardi Himal Route. Regarding this route, Mardi Himal Trekking is newly opened trekking trail in the Annapuran Region it has gotten massif of tourists in recent years. There were very few hotels at the beginning and very hard to get room for visitors. Year by year, guesthouses en routes are added. However, it is increasing visitors ratio than guest house capacity each year.

In fact, it is very hard to get room during the main peak trekking season. Especially autumn/fall season, there will be huge traffic of domestic tourists in addition to international tourists. So, we have to book earlier(some weeks or months ago ) in order to get rooms in the hotels of Mardi Trekking.

Unlike Everest or Other classical trekking routes in Annapurna, the Mardi Himal Route has basic teahouses. Only some spots, you will get room with an Attached bathroom.